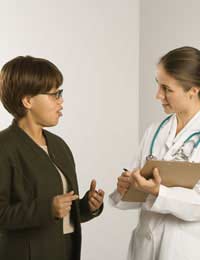 The Popularity of Eastern Europe

Eastern Europe covers a large amount of countries, and many of them are rapidly becoming medical holiday destinations. Most of these countries have been treating patients from the UK for years through word of mouth referral alone. The boom in medical holidays to these countries has come about due to very favourable exchange rates and the standard of living that the British pound can get you in Eastern Europe.

Many doctors, dentists and surgeons in private clinics and hospitals in Eastern Europe have been aware for years that even a few patients per month from the UK makes a difference to their financial standing. A very large percentage of the 55,000 patients that travel abroad for medical treatments from the UK alone each year are heading to Eastern European countries.

With the low overheads in these countries, and the money from medical tourists, the hospitals and clinics in Eastern Europe are rapidly becoming top of the European charts in terms of the most advanced surgical procedures and technology available.

There are a number of reasons why choosing medical treatments in Eastern Europe makes sense. Countries such as Croatia, Poland, Hungary and Prague, as well as a host of others have short, frequent flying times with low costs. If you are planning your surgical procedure as part of a holiday you can quite easily book good quality holiday accommodation at a low price. These benefits are useful if, for any reason, return visits are needed to your clinic or hospital.

The professionalism and standard of the facilities in the Eastern European countries are extremely high. Surgeons, dentists and doctors have study and training times of around six to eleven years before they are able to practice in their field. Accreditations and qualifications can be easily checked as each country has their own governing medical bodies that surgeons and doctors must be registered with. Hospital and clinics are some of the most advanced available, and countries such as Estonia, Hungary and Croatia are considered the capitals of Europe in their own medical fields.

If you are looking for low cost, high quality treatments then the countries of Eastern Europe should be high on your list of considerations. Costs of medical treatments in Eastern Europe are around 40% to 70% less than you will pay in the UK. If you are considering dental treatment in Croatia, orthopaedic surgery in Estonia or laser eye treatment in Hungary then you will save a significant amount of money compared to the same procedures in the UK.

Cosmetic Surgery in the UK Versus Abroad