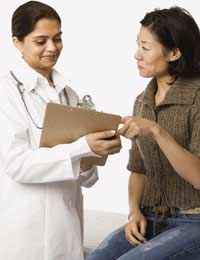 A large percentage of patients from the UK have stated that one of the reasons they are seeking medical treatment abroad is fear of contracting an infection in an NHS hospital. Official figures have shown that increasingly high rates of the superbug methicillin-resistant Staphylococcus aureus (MRSA) have been found in NHS hospitals in the UK.

Private clinics and hospitals abroad have shown much lower rates of MRSA and many people are now taking the extra precaution of travelling abroad for their surgical treatments. Some figures given by hospitals and clinics in Sweden Norway and Holland are showing no occurrences of MRSA whatsoever.

MRSA is known as a superbug due to its increasing resistance to antibiotics. The bacterium is commonly found in the nose and on the skin of around 30% of healthy people and is not usually harmful to the general public. However, the bug can be harmful to patients who have been hospitalised for surgery, are in intensive care or burns units, and have weakened immune systems, also including elderly people.

Many people who have MRSA are not aware of its presence as there will be no illness. But if MRSA is detected and the person has a high fever or inflammation then they are considered to be infected. There are special antibiotics that can be used to eliminate the bug, and frequent washing and bathing by hospital staff using disinfectants is also a known way to minimise the risk of the infection spreading to patients or other members of the public.

Many people have come to associate zero levels of MRSA with treatment abroad. Recent findings have shown that the UK has higher levels of MRSA than countries abroad and the number of people infected each year is now in the thousands. NHS hospital conditions are said to play a huge part in the spread of MRSA; cutbacks in cleaning staff is also thought to be a reason why MRSA has become so widespread.

Going abroad for treatment means that each private patient will have their own private room that is cleaned daily, and staff will also provide clean sheets every day. According to some, the private clinics and hospitals abroad simply have more adequate cleaning facilities on hand to help reduce the spread of infection. For a long time the NHS has been unable to cope with the growing number of patients, there have been cutbacks in cleaning staff and the result may be the rise in the number of MRSA casualties.

The Spread of MRSA

It is not just the UK that has come under increasing threat from the MRSA bug. The US has reported very high figures of infection and reports have stated that MRSA is now the cause of more deaths per year in the US than AIDS. The Journal of the American Medical Association reported that in 2005 there were 18,650 deaths related to MRSA, and around 94,000 life threatening infections were caused by the bug. In the UK there were around 1,500 deaths in 2005 that mentioned MRSA on the death certificate.

Having your medical treatment abroad does not automatically mean that there will be zero levels of MRSA. There are some countries that have showed zero or very low levels of the bug but you should always research your facts before travelling abroad for treatment.

If you are using a medical service provider ask if they have any documented figures on MRSA infections in the clinics or hospitals you will be using. If you are having a pre consultation with your surgeon ask him or her directly if there have been any problems or occurrences of MRSA in the clinic you are intending to use.

Zero levels of MRSA and treatment abroad are not synonymous, but if reports are true there are lower levels of MRSA in some countries abroad. MRSA is a very real risk and if you are intending any form of treatment abroad you should undertake your research on the standards of hygiene in the hospitals and clinics you will be using.

Pre-Checks At Hospitals And Clinics