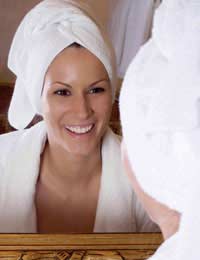 Cosmetic surgery may not ultimately be the answer to a happier life but it does certainly have some proven psychological benefits. Research on patients who underwent plastic surgery found that a significant number found the results were a positive experience. They also found that patients felt their new body image helped to improve their psychological view on life.

Cosmetic surgery is way of changing a person's appearance to enhance how they look. In many cases, from another person's point of view there may not seem to be any irregularities in the person's appearance. But a person's own body image can have a psychological way of colouring how they view life. If a person is not happy with their body image they will often show this through negative personality traits and body language.

There are many different forms of plastic surgery including elective, cosmetic, and reconstructive surgery. Regardless of whether the surgery is actually warranted or not there can still be psychological benefits for the patient who undergoes the surgery. When it comes to cosmetic surgery it is normally a combination of correcting an irregularity to enhance appearance and/or achieve a more youthful appearance. For some it could be that they would like a different body shape, and rather than spend years dieting the easiest way may be liposuction.

Cosmetic surgery can give an enormous boost to both a person's appearance and their personality. If a person is pleased with their appearance after surgery they are more likely to have a positive outlook on life. People who were very conscious of their body can look good in whatever they choose to wear after surgery. Employment and social relationships can also improve due to the positive change in a person's personality after cosmetic surgery.

Rhinoplasty, more commonly known as a nose job, and breast enhancement surgery are two of the most popular forms of cosmetic surgery. More often than not patients choose to have this type of plastic surgery simply to enhance their appearance and generally feel better about themselves. Facelifts, and Blepharoplasty, which is removal of the bags under the eyes, are all common cosmetic treatments that can give a more youthful appearance and create a more positive self image.

Cases of depression have been linked to a negative body image, and people who have had cosmetic surgery have shown a marked decrease in levels of depression. A recent study by the American Society of Plastic Surgeons was made on 61 cosmetic surgery patients who were taking anti depressants. Six months after surgery anti depressant use in these patients decreased by 31 percent. Also, 98% of patients that took part in the surgery stated that their self esteem had increased considerably post surgery.

There has been a significant rise in patients over the age of 30 that are now going abroad for some form of cosmetic treatment. Plastic surgery abroad for older patients who wish to remove facial wrinkles, thread veins and take advantage of liposuction treatments have all increased. The psychological benefits of having cosmetic surgery at a later age includes helping to avoid depression and boosting self confidence due to a healthier appearance.

A great number of people are psychologically influenced by their body image, and it can effect their everyday interaction with others. Plastic surgery is a way to improve a person's outlook on life and can lead to a positive personality change. It is an option that can be taken that can make a significant difference in a person's mental wellbeing.

Dos and Don'ts Before and After Cosmetic Surgery