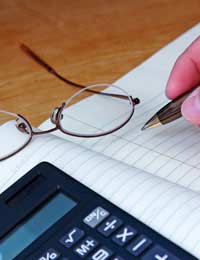 One of the most tempting aspects of going abroad for surgery is the very low costs available compared to the prices charged in the UK. These low costs in no way detract from the level of professionalism or standard of facilities that are available in clinics and surgeries abroad. For many people it is the main reason to seek surgery such as cosmetic surgery, in countries abroad.

The costs of treatments in countries such as Europe, India, Asia and South Africa can be as much as 75% less than you would expect to pay in Britain. The economy, exchange rates, and standard of living all play a part in these low costs. If you factor in a two week recuperative holiday in the same country as your surgery, then you are still likely to come out financially ahead of the cost of the surgery alone in the UK.

The costs of treatments will differ from country to country, and some countries are known to specialise, or be medically advanced in some fields of surgery. France, for example has some of the best cosmetic surgeons in Europe, and they are also advanced in obesity surgery. Eastern European countries such as Croatia, Hungary and Poland have become known as the dental capitals of Europe, due to their advanced dental facilities and low costs.

India is well known for its advancements and high tech facilities in the field of heart surgery and organ transplants. But patients should remember that flying to far away countries such as India, Asia and South Africa will add to the financial cost, as flights will be more expensive. Flights to countries such as France, Spain and Holland can be as low as £20.00 each way with the budget flight companies, and if booked in advance can be even lower.

The costs of treatments will be around 30% to 70% lower than you would expect to pay in Britain. If you use a medical service provider you should remember that they will usually provide everything for you included in the price. This should include research on the surgeon, surgery costs, flights and accommodation. But also remember that they will have added in their fees. You may be able to put together your own surgical package for less money than can be provided by a service provider, but you will have a lot more arrangements to make and admin and research time will also be a factor.

One of the most popular treatments abroad and also one of the cheapest; the savings available are significant. In Europe, countries such as Croatia, Turkey and Poland you can expect to pay around £500 for a dental implant. Root canal treatment should cost around £80, and a porcelain veneers will be around £180.

Savings of around 50% can be had on a range of cosmetic procedure such as breast augmentation with prices at around £2000. Nose reshaping in India will only cost around £800, while a full facelift in Egypt will cost around £2000. Upper and lower eyelid surgery in Turkey will cost on average £1300.

Many people from the UK have decided that at a year they have waited long enough for their surgery and can take advantage of the large savings by going abroad for their knee/hip replacements, or arthroscopy. Having a hip or knee operation in Estonia will only cost around £2500, while a total knee replacement will be on average £2700.

Again the prices for MRI or CAT scans are much reduced by travelling abroad. You can expect to pay half of what you would in Britain; an MRI scan in Norway or Germany will be around £300, in Britain it will cost in the region of £800.

Clinics in India specialise in heart surgery and the prices here are significantly reduced. Even with the higher travelling costs than flying to countries in Europe factored in, the savings of heart treatments in India will be around 70%. Whereas you would expect to pay around £10,000 for some forms of heart surgery in the UK, you will not pay much more that £2000 in India for various heart surgeries including coronary bypass or angioplasty, and this will include accommodation in the hospital.

These are just a small selection of the treatments and costs available if you decide to travel abroad for surgery. Always undertake your research thoroughly before any type of surgery, and do not be tempted to undertake any type of surgery purely based on cost alone. Medical service providers will be able to give a full list of treatments and costs, at no charge, to enable you to compare the prices between countries.

Medical Insurance for Your Treatment Abroad

Having Multiple Medical Procedures At Once